I wanted to have a Robot able to walk in straight line but also to steer and possibly later to progress on uneven terrain. So I decided to have 6 Joints / degrees of freedom per leg : 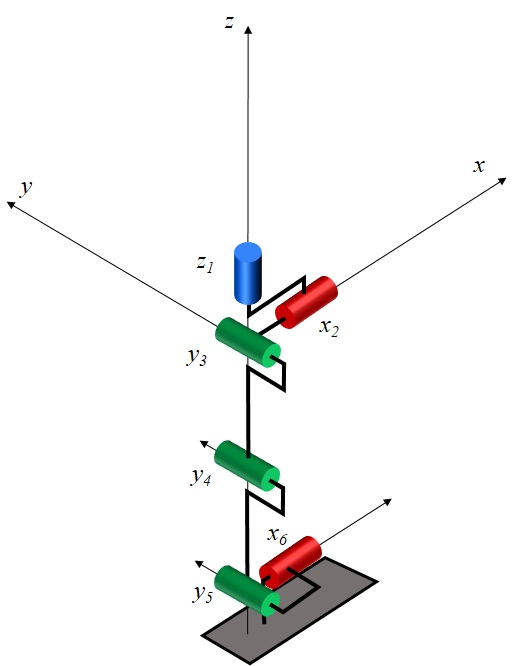 The first joint, z1, is only used when steering the robot. I used a worm gear actuator for this joint as its load is quite small and not depending on the robot weight.

Joint x2 is used to swing the leg sideways. This joint is the most heavily loaded  as it carries the cantilevered weight of the opposite lifted leg when walking.

Joint y3 is used to swing the leg forward and rearward

Joint y4 is the knee articulation.

Joints y5 and x6 are the ankle articulations. It is difficult to design a light ankle with bevel gear or worm gear actuators, so I chose to use 2 linear actuators driving both axis at the same time :

The ankle articulation is a cardan joint allowing rotation around y5 and x6 axis only. 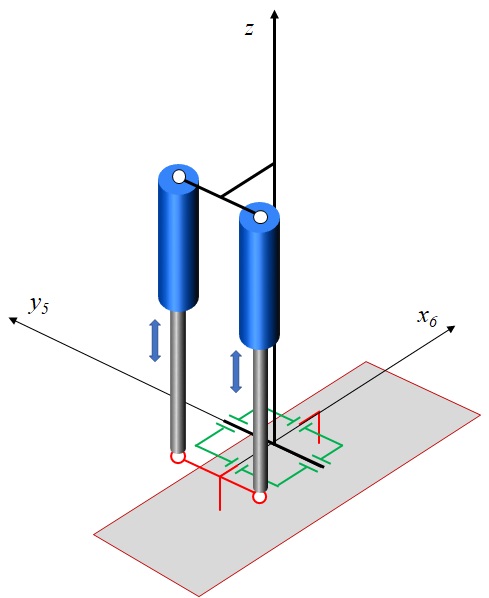 A general CAD view of the Robot : 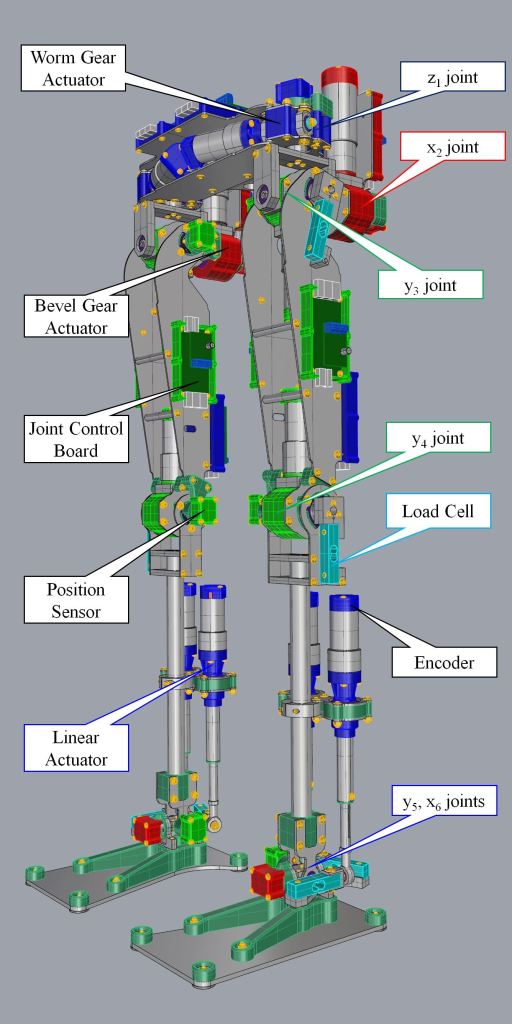 The position sensors (potentiometers) of y5 and x6 are respectively in the green and red boxes. The light cyan blocks connected o the linear actuators are the load cells  that measure the ankle torques, used to control balance of the robot while walking.